It seems another major motion picture has started production in Asheville, NC. When a scout for Lionsgate, a premier independent film studio, showed up at our Asheville Bed and Breakfast a while back, we did not know what movie was in production. The scout took pictures of the common areas and was particularly interested in the dining room and gardens. He said the company would be turning the dining room into a period courtroom for the movie. 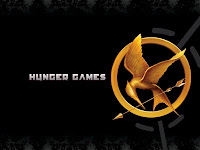 The movie, being shot in Asheville and the surrounding mountains between May and August, is the potential blockbuster “The Hunger Games” adapted from the novel by Suzanne Collins. The estimated $60 million production will star Jennifer Lawrence, who received an Oscar nomination last year for “Winter’s Bone”, a movie also set in Appalachia. The last major movie shot in Asheville was “The Clearing” with Robert Redford in 2002.

Much of Suzanne Collins’ best-selling post apocalyptic teen novel is set in Appalachia, where its heroine, Katniss, grows up. The City of Asheville is making properties available for use and the NC National Guard Armory is being used for the construction of props and scenery. The major focus will not be on buildings but on the mountains and forests of Western North Carolina.

The economic impact on our beautiful city of Asheville and the surrounding areas will be enormous. Having another movie here will stimulate the local economy and generally promote the area. Fans still flock to Lake Lure, where much of “Dirty Dancing” was shot, and Chimney Rock State Park, which was used for “The Last of the Mohicans”.

At last count, 16 movies have been shot in Asheville and the surrounding area. The Biltmore Estate has hosted several movies including “The Swan” with Grace Kelly, “Richie Rich”, “Patch Adams”, and “Hannibal”. A scout looked at the kitchen of the WhiteGate Inn several years ago for scenes from “28 Days” with Sandra Bullock; Maybe this time around the WhiteGate Inn will achieve movie fame.

We will let you know what happens!